I recently did a poll on my instagram story as to whether I should write a blog post about gut health and microbiota, and it was a resounding ‘yes’. And it is great to hear people are interested in this subject. However when I asked what topics people would like covered, I got no answers… so I figured I shall start from the basics and go from there!

First let’s start with some definitions:

A microbe, or “microscopic organism,” is a living thing that is so small a microscope is required to be able to see them. It is a general term which describes many different things such as bacteria, fungi, archaea (microbes without a cell nucleus), protists (single cell organisms), viruses and even microscopic animals

The combined genetic material of all the microbes that live on and inside the human body.

A community of microorganisms, containing trillions of bacteria, fungi, viruses, protists  and archaea . All of our microbiota are unique, like our fingerprints. And some of us have more diversity than others. I have read it being referred to a city-like community of good and bad, all keeping each other in check, and if something disrupts the balance the bad can colonise (i.e. clostridium difficile). I have also heard it described like a rainforest, with every element (trees, birds, plants, animals, insects) playing its unique part. Our microbiota mostly resides in out gut.

Part of the gut microbiota

Another term for microbiota 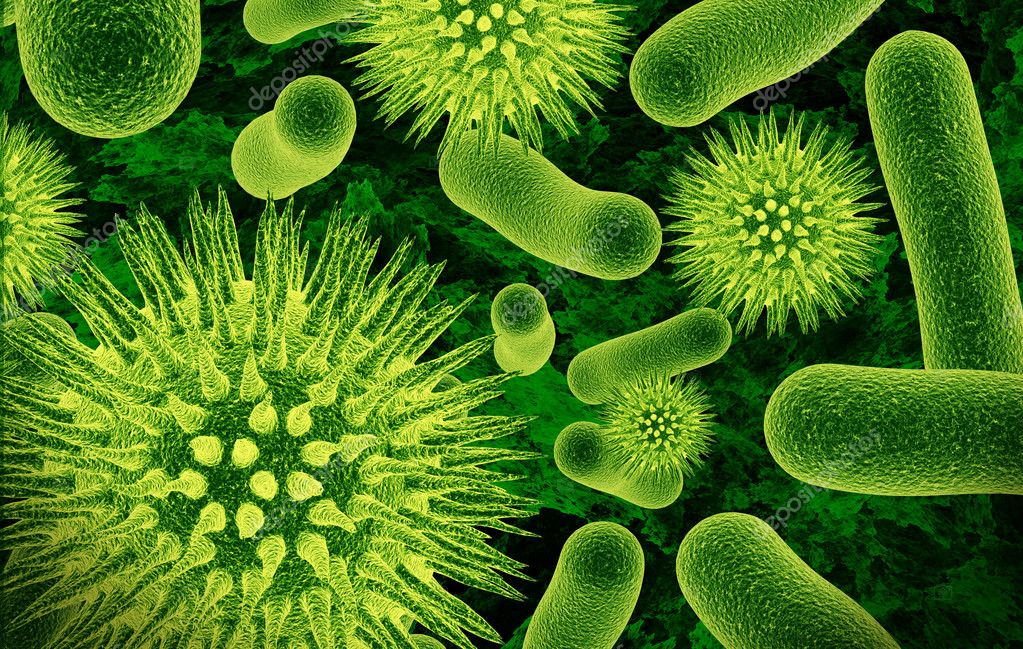 So the gut microbiome is by definition, the combined genetic material of all of the teeny tiny microbes (which are not just bacteria!). And this community of microbes is our gut microbiota. So in a way, the terms gut microbiome and gut microbiota can be used interchangeably, and I certainly see this when reading literature.

What does the microbiome do?

Our gut tissue represents around 70% of our entire immune system 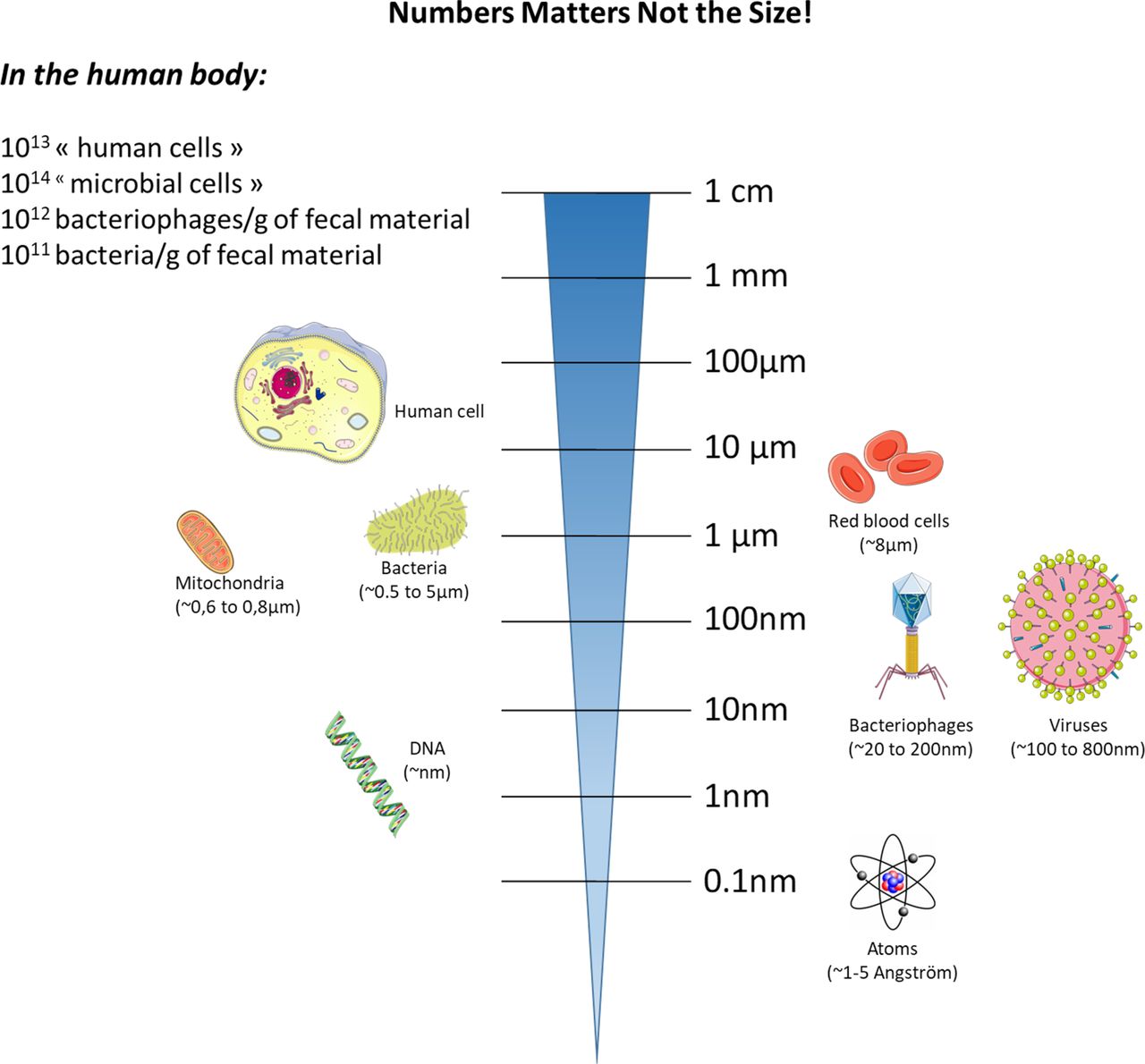 As you can see from the figure above, we actually consist of more microbial cells than human cells! These tiny microbial cells outnumber human cells by around 10 to 1. However making up only about 1-3% of the body’s mass (in a 200-pound adult, that’s 2 to 6 pounds of bacteria) (source: NIH).
The majority of these live in our gut, particularly in the colon (large intestine). This is due to the environment of the colon being a nice habitat for them to reside. The bacteria living in each section of the colon (ascending/transverse/descending) have different roles in substrate metabolism.
The bacteria in the microbiome help digest food, regulate the immune system, act as a protection against other disease-causing bacteria, and produce vitamins including B12, thiamine and riboflavin, and Vitamin K.
Autoimmune diseases such as diabetes, rheumatoid arthritis, muscular dystrophy, multiple sclerosis, and fibromyalgia have been associated with dysbiosis (microbial imbalance). Disease-causing microbes accumulate over time, changing gene activity and metabolic processes and resulting in an abnormal immune response against substances and tissues normally present in the body. Autoimmune diseases appear to be passed in families not by DNA inheritance but by inheriting the family’s microbiome.

What affects the gut microbiota?

Vaginal births expose babies to the bacteria along the birth canal, this is a babies first major bacterial colonisation

Children born via cesarean compared to those born vaginally are more likely to develop immune-related disorders like asthma/allergies, inflammatory bowel disease, and obesity. Although not all of these associations are shown consistently in all studies

Method of feeding after birth

Although previously considered sterile, breastmilk is now known to contain a low abundance of bacteria. Breast milk contains a sort of unique probiotic which is able to reach the babies gut and help to colonise it. This is not included in sterile formula milk.

After studying children who were either breast or bottle fed with hugely different microbiomes after the weaning process, their microbiomes became less statistically significant. More research is needed here to be able to speak about the pros/cons of early life microbiome differences.

Our environment can hugely impact upon our microbiome. From before birth, whether mothers have certain medications such as antibiotics, to whether an animal is in the home, to our own use of antibiotics, allergens in the atmosphere, how ‘clean’ our home is (not always good to sterilise everything!)

‘We are what we eat’ rings true when it comes to the microbiome and diet. Research has shown that the Western Diet, high in refined carbohydrates, fats and processed foods, is having a big impact upon the health of countries adopting it. Incidence of rectal cancer has been shown to be rising in millennials, and research has shown that this risk can be reduced by adopting a diet high in fibre, wholegrains and less processed foods.

Our microbiome feeds off of the byproducts of digestion in the colon, therefore how healthy we want it to be, and how diverse, depends on what we offer it to eat.

The ‘American Gut’ project studied over 10,000 citizen primarily from the USA, UK and Australia, and worked to link bacterial diversity to health, lifestyle and diet. They found that the number of unique plant species that a subject consumes is associated with microbial diversity. Plant consumption was associated with a reduction in certain antibiotic resistant genes. And individuals who consume more than 30 types of plant a week compared to those who consume 10 or fewer have significantly reduced abundance of antibiotic resistant genes.

Disease states can have an effect on the microbiome, or is it vice versa? Studies have shown links between a lower diversity of microbiota in people with IBD (both Crohn’s Disease and Ulcerative Colitis). A less diverse microbiome has also been linked to diabetes, rheumatoid arthritis, muscular dystrophy, multiple sclerosis, and fibromyalgia. However it can be a bit of a ‘chicken or the egg’ situation at this point in research.

The brain-gut-microbiome axis is still being explored through research, but evidence has found that mental health can influence gut health, and vice versa.

The communication between the gut microbiome and the central nervous system occurs in a bidirectional fashion and is referred to as the gut microbiome-brain axis. This axis includes immune, neural, endocrine and metabolic pathways, which work together to permit each end organ to communicate and influence the functioning of the other. The enteric nervous system, as well as the sympathetic and parasympathetic divisions of the autonomic nervous system, play major roles in the communication within this axis. Changes to the microbial environment, as a result of different stressors, are associated with changes to gut barrier, motility and immune system activation. (Tetel et al. 2018)

Antibiotics are lifesavers, and 100% necessary in certain situations. However unfortunately they can be over prescribed and over used in other situations. Not only does this impact upon our growing resistance as a population to certain strains, but it also affects our microbiome. Antibiotics job is to wipe out harmful bacteria, and they are either broad spectrum where they can also wipe out the good too, or more targeted to specific bacteria. Still however, dysbiosis can result.

Gut microbiota is affected directly by the transfer of faeces from one individual to another. This is with the aim of treating a conditions, for example, c. difficile infection, or obesity.

This is usually performed using delivery via naso-jejunal tube, or colonoscopy.

FMT was first performed in 1958 to cure diarrhoea (likely c. difficile related) in 4 patients, who made a full recovery. There are now more than 10 randomly controlled trials on FMT treatment for c. difficile, and it was endorsed by NICE in 2015 as an appropriate treatment. It is now written into many clinical guidelines

FMT has been proven better than targeted antibiotics such as fidaxomicin for treatment of c. difficile.

Be wary of the amount of probiotics on the market as not all survive gastric acid and make it to the colon where they are needed to have an effect.

Probiotics can however have an effect on the gut in a transient way, not dramatically altering the microbiota but interacting with it, changing some of its behaviour, and in turn, the behaviour of the immune system. But only for as long as the individual takes the probiotic.

Hope you enjoyed reading this, please do let me know if you’d like anything specific covered in future posts!

Registered dietitian specialising in gastroenterology, hepatology and mental health. Working in the NHS and private sector View all posts by aboutadietitian